Humour in advertising: pros and cons 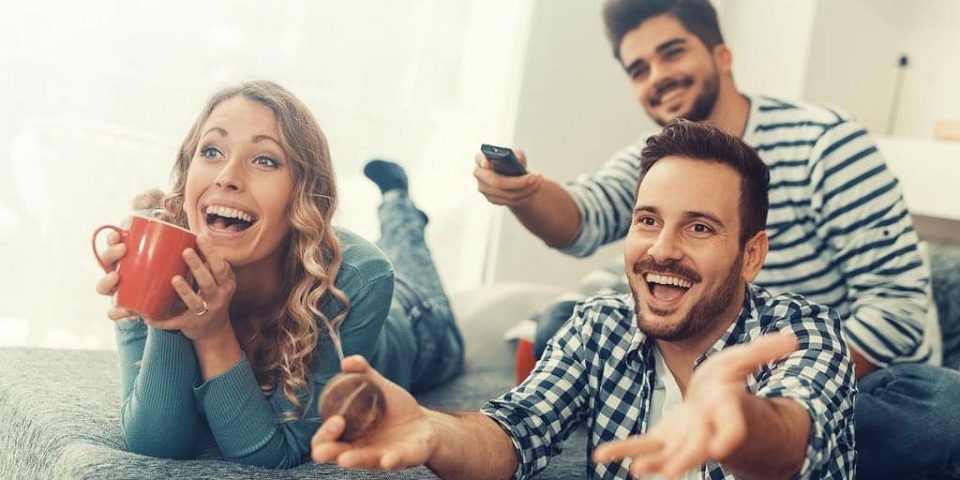 Everybody knows that really good ideas come up only after weeding out the initial raw ones. But some concepts are getting crossed out at the very beginning. Humour in advertising has a reputation of a “bad guy” and is usually persecuted in “Weinstein-Kevin Spacey” style.

Every other creative brief says: “Mind humour”. Not “Mind pathetics” or “branding” (which is relevant for digital advertising). We are warned not to use the tool, which theatre started with: comedy. The number of forbidden topics keeps growing (seems the ministry of morality works 24/7). Brands have to settle for something what creatives usually call a “safe option”.

The role of jokes and humour in the history of society is huge. It is as vital as a cup of coffee in the morning. The father of advertising David Ogilvy said: “I always hated myself when I had to turn down funny commercial scripts. <…> humour can sell as many goods as any other advertising tools”.

At first sight, it seems that every other commercial is trying to be funny, but that’s not so. Humour is an active concept, and usually the whole story is centered around it. However, what most brands are trying to do is not humour, but simply something anti-negative. Between the lines of such commercials you can hear the manager screaming: “I want our ad to be positive and lively”. Cute light-hearted ads are good, but we are talking humour here. Humour is not a vigorous jingle or funny microbes living under your toilet seat. It means sharp edges and unpredictable plot twists.

Let’s put it this way: if humour is a cat, then when you try to make it more subtle – you castrate it. Don’t! Let him be a furry bastard whose whining in March will make everybody go bananas. Don’t take away his manhood and make him hide under the sofa.

In advertising humour has to be appropriate to survive.

The image of the brand is far from funny.

Advertisement is a spontaneous introduction of a product to a consumer. If everything goes well, like on a first date, some kind of magic will form between them. First impression must go along with the general image of the brand. So must the following campaigns and flights. But why not cross the line a little bit from time to time?

Humourless narrative ads get boring. You arms are tied when you make a single video/print/campaign, but in the long run you can find a way to break the rules. Take classics for example, Pushkin used swear words in some of his poems from time to time, contemplative Twin Peaks has a couple of blatantly comic episodes, and new Thor movie is overflowing with puns in comparison with previous ones.

Ad gags are created on a regular basis only by brands that were created to amuse, like instigating Burger King ads or funny Volkswagen commercials. Do you remember their commercial about little Darth Vader? A masterpiece.

What about product categories?

Different categories of goods (as well as brands) should use different comic tools. It’d be interesting to see some luxurious cosmetics brand like Lancome go funny. Will they do it subtle and pretty? Or bald and blatant? Obviously, that won’t be Terry-from-Old-Spice kind of funny. But they can definitely find a way to do it. Last year’s ad from Kenzo is already a step forward in widening the borders for advertising in this product category. Not exactly humorous, but definitely challenging.

It’s hard not to agree with that. But don’t forget that what some people will call rubbish (“How could they even allow it on TV?”), others will chuckle at. There are dozens of examples when the same ad is criticized by advertising professionals but warmly greeted by the audience. Judging what’s funny and what’s not by yourself is the last thing you want to do.

Humour in advertising has a special role – it is not here to send you rolling on the floor laughing. It’s here to attract your attention by breaking the usual logic, tearing apart the pattern and using iconic images in an improbable way.

Remember, advertising is not a stand-up comedy show, so switch off your inner Louis C.K., Chris Rock or Jerry Seinfeld. And bring up Harms, Woodhouse and, probably, Adam Sandler, we want to entertain the audience after all.

Last but not least, digital

As far as digital advertising is concerned, humour is a cornerstone on Infinity Gauntlet, the One Ring to rule them all. In the Internet brands don’t fight with each other. They fight for consumer’s attention. They are competing with all the other entertaining content that consumers choose to watch.

Barry Schwartz (The Paradox of Choice) complained that “the more the worse” some 15 years ago. How are we supposed to make up our mind when we have 50 items to choose from and only 30 minutes to think. And 2017 is “raw head and broody bones”: billions of platforms, public pages, bloggers, channels, texts…. Time for content consumption has come down to 3 minutes, our attention is dissipated like photons. In this sea of informational chaos ads must use cutting-edge baits to make it irresistible (neuromarketing can come in handy).

Epilogue. “There is no such thing as a bad topic for jokes, there are bad jokes”. - Ricky Gervais. Brands need humour to keep the audience interested. Think out of the box, come up with a joke that will call to your target audience, and be funny and appropriate. This is quite a brain exercise, level: dead lift.